Amsterdam is the capital city of a small country with a big reputation. I’m sure just saying the name you’ve had several thoughts pop into your head. Tulips? Anne Frank? Van Gogh? Or perhaps maybe weed and prostitutes? Yes, all these things and more call Amsterdam home, and that’s why people are so intrigued to see it for themselves.

The Netherlands have long been a home for progressive thinking and imaginative ideas. This can be seen through their legalization of marijuana and their teaching involving sex education, not to mention the presence of the Red Light district. But this can also be seen in their past. A visit to the Anne Frank house shows this countries compassion during the darkest hours of the Holocaust, their friends who hid the Franks for as long as they could in the Secret Annex behind a bookcase. Another lovely place to see their morals is in Our Lord in the Attic Museum, a place that Catholics were allowed to worship in private during the height of the Protestant Revolution when any other country would have had them killed for their beliefs.

Amsterdam was also home for a time to Vincent. He moved around a lot during his short and troubled life, searching for answers to questions he didn’t truly know. His emotion is what made his work powerful enough to move audiences to feel things they cannot explain, and what moved me to tears. The Van Gogh Museum gives a magical insight into his world and his mind, so take your time and see each and every corner of it (I spent five hours here, and would still be willing to go back again at a moments notice).

If you’re here during the week, stop into the Het Concertgebouw on a Wednesday afternoon for a free concert and a bite to eat in their charming cafe. Stroll along the park to the Rijksmuseum at dusk and you may find a cello player to serenade you as you walk to Winkel for a piece of their famous apple pie. 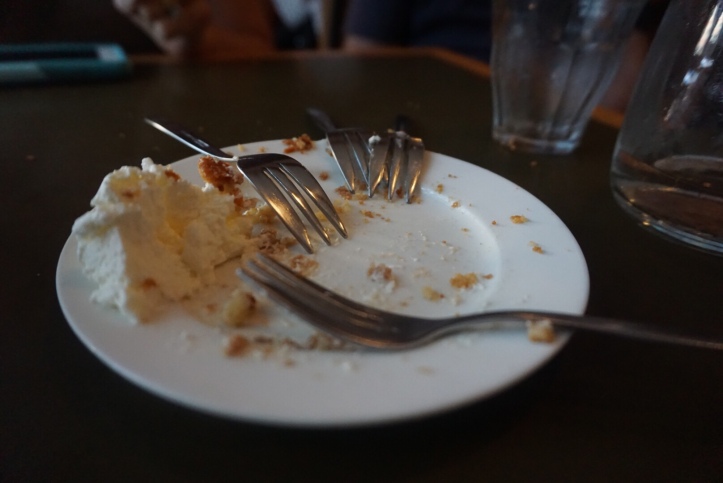 The highlight though of this visit was the final evening. After finishing pizzas at Café Martinot (the closest I’ve come to an Italian pizza in over a year) we walked around the square to the Stedelijk Museum of Modern Art. They just so happened to be holding an open event (in English!) showcasing new artists with their own brilliant views of the world. This evening was chic and casual and all together unique, and dare I say, liberal?

So yes, Amsterdam is a little “out there”. The people who live here are wild thinkers and dreamers. They behave radically and love powerfully, and invite you to join them. So while you’re here, above all else, stop and smell the flowers because there are plenty.