In fair Verona; the city where a pair of star-crossed lovers met, and two gentlemen called home. Shakespeare wrote about this place twice for good reason. I’ve always wanted to visit Verona, though I really couldn’t tell you why. The pull of the city just seemed to draw me to it. Thus, one night (or really the early hours of morning) I was struck by the reality that my days in Italy were numbered into the single digits, and if I didn’t go now I wasn’t sure if/when the chance would return. So I bought a train ticket on my own, simply because I wanted this time to myself. I wanted time in this magical city to enjoy one of my last days in Italy exactly how I chose.

Disembarking from my train, I assumed I could just walk out of the doors of the station and ‘figure it out’. Well this naive idea lasted exactly 3 minutes, before I returned to the station to find a map. I ended up purchasing an elaborate plastic map for €3.50, which was lastly overpriced but that’s train stations for you. After getting my bearings I found my way into the city center.

As you approach Verona from the train station, it appears just like any other city. Cafes, shops, cars. Then you come across a pair of ancient overhead arches with a clock suspended between them, noticeably out of place in the modern setting. As I crossed under the arches, the historic city center opened in front of me. In the direct center commanding your attention stands the amphitheater. It has cast its shadow since the 1st century AD, making the Colosseum in Rome jealous that its older but looks better. Circling in the Piazza Bra below are countless street vendors with their pop up tents that remind me of a fairground, well if that fairground sold artisan spices and handmade lavender soaps. The vendors call to those passing, yelling of how their meat and cheese is better than the guy next door. Most tourists simply smile as they stroll through, as I did. I had a destination in mind I wanted to see before afternoon arrived.

Probably to most visited balcony in the world, the House of Juliet is where all the tourists flock to in Verona. Enter the house through a tunnel whose walls are coated in the names of lovers who’ve come before you, and marvel as the courtyard opens gracefully. The walls of the gates are covered with locks bearing the names of couples as ivy drapes down to give off a romantic ambiance. Most knowledgable tourists know that Juliet never stood on this balcony, or really existed at all, but the theories of the real Juliet the story is based around lead travelers here. Verona is not complaining, Shakespeare granted them the best tourism attraction that they could hope for. Couples come and kiss, write down their names, and rub the statue of Juliet on the breast for good luck. 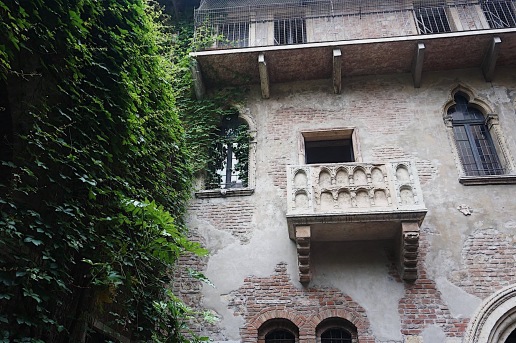 I must admit, I did not properly research Verona before my spontaneous trip here. Walking the streets I truly was aimless, taking pictures of the colorful buildings and their flowers. I’m convinced there are more flowers and vines in Verona than there are people. My fancy map pointed out the twelve most popular tourist destinations and I visited each to photograph them and look on in awe. Near Sant’Anastasia I found a place called the Osteria Giulietta e Romeo (because Italians always write the lady first). They treated me kindly as a lone traveler, and I enjoyed a three course lunch with their homemade red wine. The place was upscale yet relaxed, offering interesting choices such a duck, horse, and snails and on the contrast offering french fries and chicken tenders. 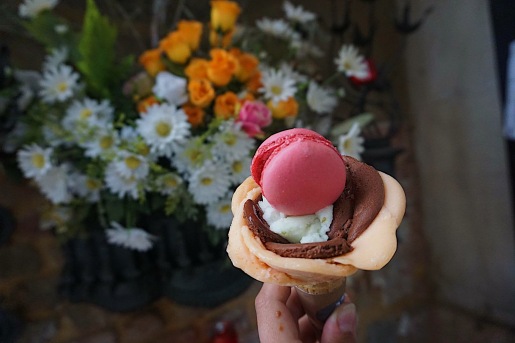 I decided to visit the Castelvecchio on the edge of town. Along the way I passed the Teatro Romano, Ponte Pietra, and the Duomo (where I saw a bride and her father entering the churches grand doors for him to give her away). The Castle was enormous and eery, as I had it mostly to myself. It didn’t have much in the way of impressive art, but the building itself was worth my €4.50 entrance ticket.

To finish my day I decided to pay tribute to the lady herself. The Tomb of Juliet is an empty grave where the legend says Romeo found her after she faked her suicide. He laid beside her as he died, only for her to wake up and then actually commit suicide once she found him dead. The more you think about this story, the more ridiculous it gets honestly. But still, the tomb exists. Shakespeare described its location perfectly and pilgrims come to the tomb daily, myself included. The grave itself lays open and empty, but the cellar it is located in is a real tomb of the supposed real family of the real Juliet. I don’t know if I’ll ever really discover the line between fact and fiction, but it was an experience to remember nonetheless. 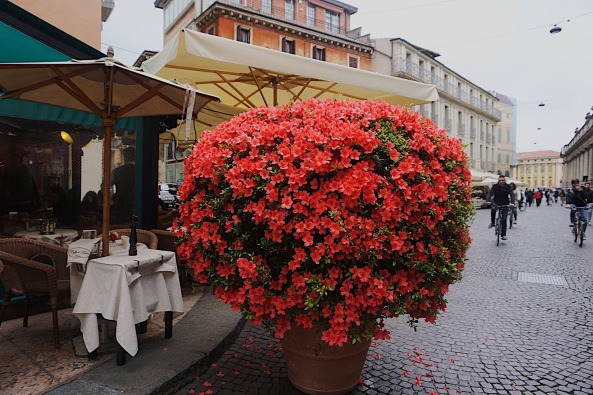 The sky turned grey and rain fell on the bust of Shakespeare at the entrance of the tomb as I exited. I hard forgotten my umbrella in Florence, so I used my map of Verona; turns out this overpriced plastic map did have its uses.

I’m glad for my final solo adventure of the semester I chose to visit Verona. I would recommend it to anyone looking to find a different taste of the Veneto just outside of the shadow of Venice.